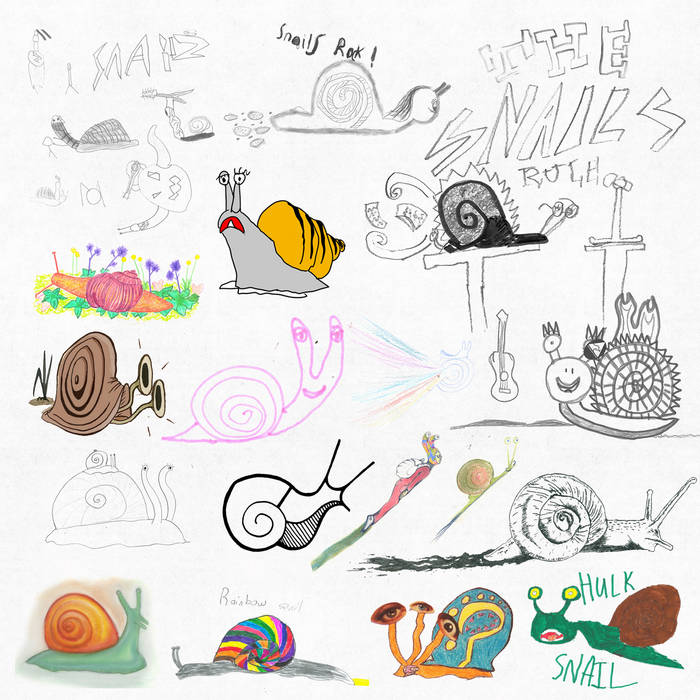 Baltimore’s answer to the California Raisins, The Snails, are ready to come out of their shells for long enough to swoon a turntable and dance hall near you. With their own brand of AM radio reggae-pop fronted by Samuel T. Herring of Future Islands, these mollusks are no longer native to only Baltimore.

Roughly five years ago Spank Rock asked Future Islands to play his birthday party in Baltimore. Gerrit Welmers was down in North Carolina at the time, so Samuel T. herring and William Cashion put together a rag-tag group of friends to play some old songs by Art Lord & the Self-Portraits. Snail heads were created for the affair, and a few shows later the group’s own slimy songs were born.

True to their name, The Snails have only played about ten shows since, and all of them have been under their own rock. Those who have at times worn a snail hat include William Cashion, Abram Sanders, Samuel T. Herring, Andy Abelow, Drew Swinburne, Jana Hunter, Bob O'Brien, April Camlin, Ryan Syrell, Joel Herring, Brian Corum, Andrew Burt and Justin Lucas.

Friends Records is proud to present the long-awaited debut EP from The Snails, Worth The Wait. The five song album will be released via a limited double seven inch pressed to purple and green vinyl and enclosed in gatefold packaging. The release features the current cast of snails: Snail Braham, Snailburne, Sammy Snail, Snailliam, and Sandy Snailbelow.

The debut features hand-drawn art by fans that submitted their own versions of the aforementioned creatures, and was mastered by Sarah Register of Talk Normal at the Lodge. The release will be limited to 1000 copies, and includes a download code. The Snails are sliding to a stage near you: